Aftermarket housings are a relatively recent innovation in the HHKB world. This is due in part to a couple of reasons:

The Heavy Grail is a Happy Hacking housing that comes in three aluminum variants (K2, a textured white finish; Aperture, a heavily-textured grey finish; and Sunset Blvd, a matte pink finish) as well as a stainless steel model (Veracity Steel).

The plate is a fully custom design manufactured from ABS plastic (the same material as most or all of the Happy Hacking Keyboard Professional line) that incorporates the slider housings, so the kit is complete when combined with a compatible keyboard. The plate was manufactured in both black and pink variants for this release.

A few other unique features of the Heavy Grail case, in addition to its industrial design, is the Poron PCB gasket system and a merino wool felt sound dampener that sits below the PCB inside the case. 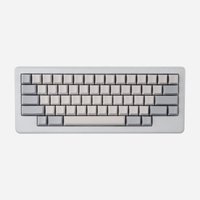 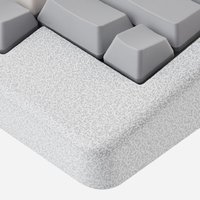 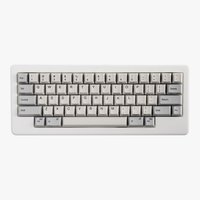 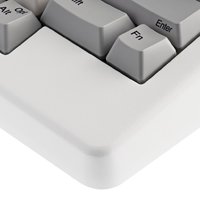 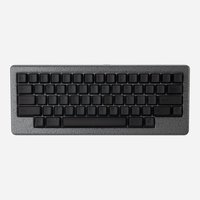 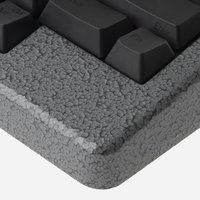 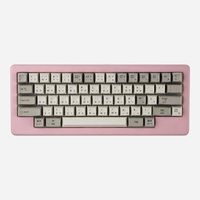 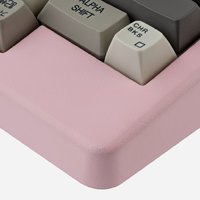 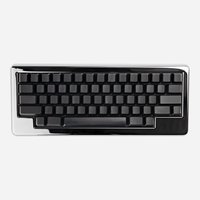 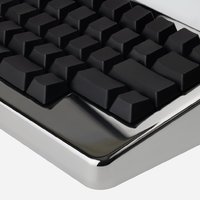 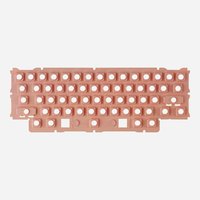 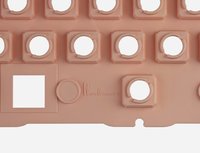 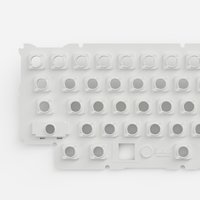 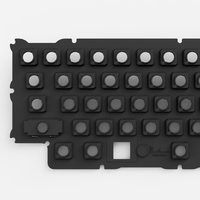 A limited final batch of the Heavy Grail series made from frosted polycarbonate with a textured white rear bottom plate.

This version of the Heavy Grail was only produced in a single run, and only supports the Happy Hacking Professional Classic (with limited support for the Hybrid model - see the details above).

This version also uses the same black or pink plates with an additional option for a white plate, also made of ABS. 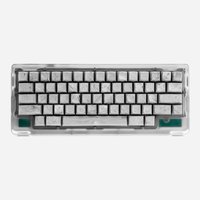 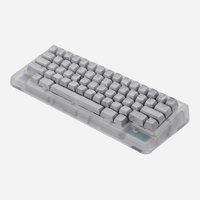 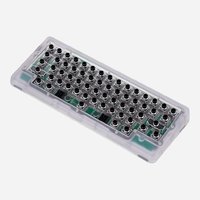 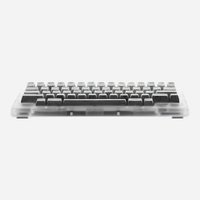 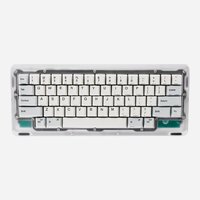 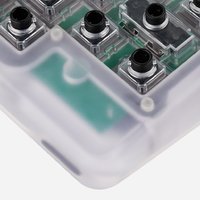 Noxary Works is a keyboard designer most known for their MX-compatible keyboards and cases. Most of their designs are made from aluminum using CNC manufacturing and are limited to small runs.

The Evija is a 'seamless' case design (the top and sides of the case are a single part) with a top-mounted plate and a separate base. A complete Evija build weighs 1375g.

Released on 31 July 2020, the case and base are manufactured from either aluminum or polycarbonate, with plate options in aluminum, polycarbonate and brass.

In order to build a complete keyboard, a PCB, daughterboard, rubber domes, conical springs, spacebar spring and keycaps from a Happy Hacking Professional 2, as well as slider housings and stabilizers from a Topre Realforce R1 keyboard are required in addition to the kit.

A even-more limited edition version of the Evija, the Evija HG variant includes a unique stainless steel base instead of the aluminum or polycarbonate base. A complete Evija HG build weighs approximately 2920g, more than twice the weight of the Evija.

This model also omits the USB-A ports, unlike the Evija. It was released in Lightning silver.

Drop is a company that runs for-profit group buys across a variety of enthusiast communities.

This case was designed in 2015. Only a handful of prototypes made it out of the concept phase, but as far as I know, the group buy for this case never met MOQ, so it was never widely produced.

It was reviewed poorly by community members who had the oppurtunity to test it, with complaints including poor manufacturing tolerances, undesireable sound quality and a general dislike for the design.

An interesting note is that while the slider housings are built into the design, they're manufactured from the same piece of aluminum as the rest of the top case, which could lead to rapid wear on the sliders themeselves.